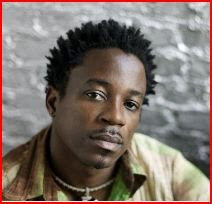 April 20th 2009 is …”Blick Bassy Day” on my calendar. First because he is a FINE PAYSAN brother…lol!!! On a serious note, Bassy’s first solo album Léman (mirror) debuts in the UK. The 15- track CD was recorded at the legendary Salif Keita’s Malian studio and in Paris.

In my opinion, Blick Bassy’s music is Soul/ Central and West African Rhythms/Jazz. His sweet sounds flow in “BASSA” – one of the over 200 languages of Cameroon.

I cannot understand a word of it but at the end of a stressful day, the notes and beats of Léman speak to the soul. Good Music is Good Music, period!

“Blick Bassy is the new soul voice of Cameroon – soul in the sense of vocals that come from within. Bassy says: “The soul of my music isn’t so much in the words, it’s in the way of singing.

Léman was recorded in Salif Keita’s studio in Bamako, Mali, and in Bassy’s current hometown of Paris, and co-produced by Jean Lamoot (known for his work with Souad Massi, Salif Keita, Nneka and Kasse Mady Diabaté) and Jean-Louis Solans. It is Bassy’s first solo album, as well as his first album for the World Connection label. Blick explains, “Léman means ‘mirror’. For me a mirror is a reflection of what we are. You cannot lie in front of the mirror. You can also see behind you in a mirror. Léman is about my past, really, and about being African….”

Dulce Camer’s Interview with Blick Bassy…DC is just the best!!! 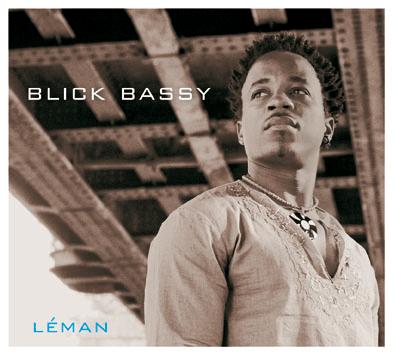 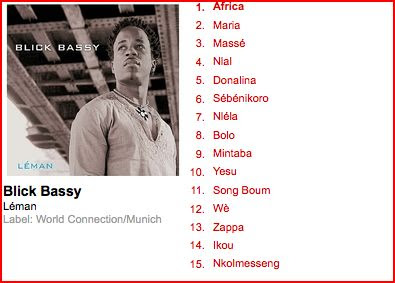 Blick Bassy will be the support act for Salif Keita during the AFRICALISTAS tour. 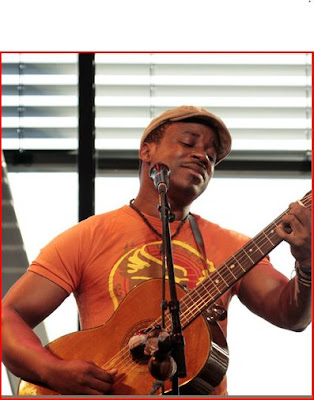 1. Blick Bassy was born and raised Yaoundé, alongside 20 siblings.

2. As a child, he was fascinated by the sounds of Gilberto Gil, Marvin Gaye, Stevie Wonder and Nat King Cole.

4. A naughty 10-year-old Bassy was sent to live with his grandparents in Mintaba. In his village, he discovered the joys of fishing, hunting and music.

5. A tireless advocate of African languages, the panafricanist once said: “If you lose your language, you lose everything.”

6. Oh and the brotha can communicate on the dance floor! He’s got some mean Assiko moves.

7. Ladies, he’s also got you covered lol. Blick was a master and a teacher of Taekwondo and Karaté.

8. Graffis rejoice! Blick loves Bamenda for its coolness and hospitable people. He would like to go there again. 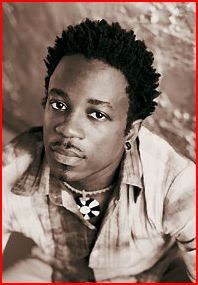