Bamenda is not only home to an Anglophone minority in predominantly French-speaking Cameroon – it also bears the stigma of a socio-economically moribund city in the West African country that is little known except for its talented soccer team. 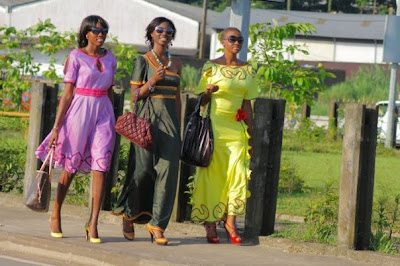 But that is about to change. Bamenda is set to come alive on December 27 with a glamorous fashion show organised by KiRette Couture, a classy traditional-chic fashion label that produces exquisite haute-couture handcrafted and limited edition pieces.

The Bamenda Rocks! Fashion Show is an annual event that will showcase the underexploited cultural richness of Bamenda and create a platform for Bamenda designers to explore markets across the country and internationally. 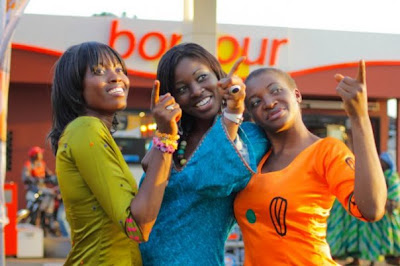 According to Kibonen Nfi, co-founder of KiRette Couture, the event is more than just a Fashion Show. Nfi and her partner, Anrette Ngafor conceived Bamenda Rocks! as a celebration of the massive cultural and intellectual wealth that Bamenda has exported to other parts of the country and the disapora.

“Bamenda produces luminaries in every industry in Cameroon, albeit often under-recognised. By organizing this show, KiRette Couture is leading a revolution that will not only exact the recognition we are due, but also encourage the talented people of Bamenda to come back home and invest in the development of their culture, their people, and their resources. That is the inspiration behind Bamenda Rocks!”

KiRette Couture already has an international portfolio of charity activities, and will be donating some of the proceeds of this show to the Our Lady of Fatima Handicap Centre, Bambili. 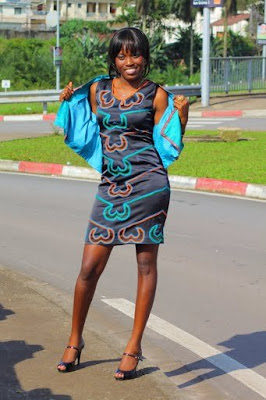 Sponsored by Africa’s largest mobile network, MTN, Bamenda Rocks! will feature other local and international designers as well as musicians from Bamenda. One of the local stars billed to perform is Sidney, 2008 winner of Africa Star (a regional Central African version of Idols). Joining the bill is Bamenda-born international success story, Wax aka Nde Ndifonka, a South African-based writer, singer and producer whose endorsements ironically include the City of Johannesburg. Cameroon’s hottest boy band, X Maleya will add some French flavour to the show, while sassy crooner Ga L will provide some eye and ear candy for the men.

“The Show is about Bamenda, but it is also about Cameroon as a whole. The involvement of X Maleya and Ga L is recognition of Cameroon’s cultural diversity and a vital show of solidarity,” explains Anrette.

UK-based art director, Alex Quest does not contain his excitement about designing the set of the show.“It will conjure warmth, colour, cultural diversity – ethnic-chic with a contemporary twist. Bamenda Rocks! represents a new standard that Bamenda and Cameroon aspires to, and one that is consistent with the status of KiRette Couture as a vibrant, innovative and socially responsible brand that represents Cameroon on the international podium.” 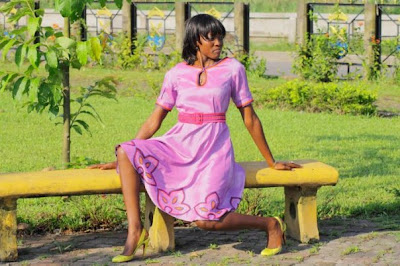 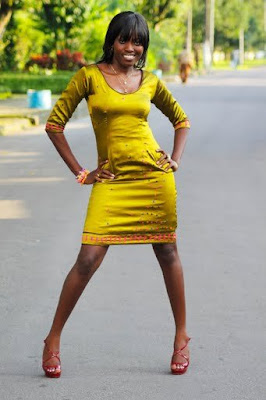 Based in London, New York and Cameroon, Kirette Couture produces daring and vibrant attires that are inspired by the toghu, a colourful and intricately embroidered outfit used for special occasions by the people of Cameroon’s Western Highlands region. Barely a year into its existence, the label has garnered wide international recognition, graced many runways across the world, and even earned a UK Black Entertainment, Film, Fashion, Television and Arts (BEFFTA) award nomination for Best Female Designer.

Bamenda deserves its place in the Cameroonian and international spotlight, and who better to lead the revolution than KiRette Couture’s dynamic duo, Kibonen and Anrette.

Bamenda Rocks! Fashion Show takes place on Sunday 27 December 2009 at Ayaba Hotel from 5-9pm. Tickets can be purchased at the door. 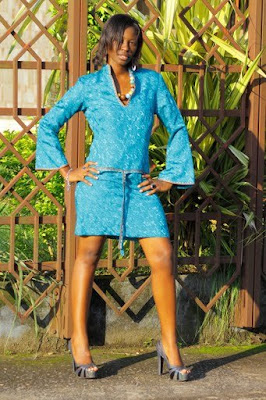 OK people, if you are in Cameroon…go and support our designer KC duo!!