Refrain: If you read my lips, it says to you, what goes around, comes around
Chorus: Cos in this world, if you do to others, what you want to be done to you, you’ll make the difference Cos every time, you’ve got a second or even a minute, just show some love

Verse 2: If you think you’ll hurt and stay happy Every night on your bed you’ll sit and weep till you are forgiven The hurt will hunt you all your life What does it profit a man let’s just face it You can gain the world and lose your soul

Refrain: If you read my lips, it says to you, what goes around, comes around

Chorus:
Cos in this world, if you do to others, what you want to be done to you, you’ll make the difference Cos every time, you’ve got a second or even a minute, just show some love

Verse 3: From North to South, there are still innocent people From East to west, they plan their children’s future All we can say in this repent to God and stop the violence We also thinking about the peace loving people who (serve as victims) Who lose their lives and their loved ones? Lord takes their souls and ascends them into heaven

Refrain: If you read my lips, it says to you, what goes around, comes around
Chorus: Cos in this world, if you do to others, what you want to be done to you, you’ll make the difference Cos every time, you’ve got a second or even a minute, just show some love
(Free style from various artists)

“THE MISSION AND VISION OF ‘THE BRIGHT LIGHT SOLIDARITY PROJECT’

In today’s world people are still starving, hunger and poverty remain the most important threats to human civilization. Technology is growing at the fastest pace ever yet  advances in technology seem to help to make the world more dangerous than safe. There is a need for solidarity among nations, among tribes, among regions, and within races to provide a moral foundation for understanding and cooperation. Cultural relativity has never been more important than now as we face great challenges of civil wars, (in Congo women are being killed and raped in their numbers, in Syria children and women are being killed in their numbers, in Jerusalem, we still dream of a lasting peace that will guarantee dignity to both Palestinians and Israel, in Sudan, the two states solution still suffers from the ashes of a 50 year civil war. Dictators around the world still holding their people in bondage just for another day in office. In Nigeria, the Boko Haram poses a major threat to stability and peace. 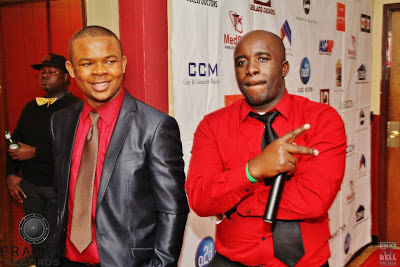 The threat of nuclear weapons has never been this close where nations constantly flex their nuclear muscles to win an ideological battle; the nuclear nonproliferation treaties only help to accelerate the nuclear arms race. People are leaving more in fear than peace, AIDS, malaria in Africa, cancer is killing faster that the ak47’s can shoot, medical research is sometimes over powered by the probabilities for profit, we watch these every day as we drop our kids off to school just to learn there was a shooting at the same school, we realize our place of worship has become a place of fear, the ‘Boston Marathon’ after a century of togetherness has become the ‘Boston Bombing’. The Middle East Spring revolution has become the Middle East Nightmare as we no longer can define who is right and who is wrong. 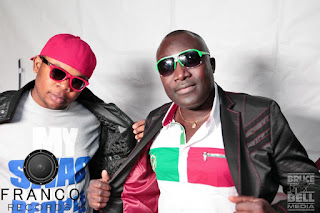 ‘The bright light Solidarity Project’ is a simplistic musical approach in addressing some of these issues. As musicians and music executives , we owe a duty of leadership to our fans, our families, our countries and to the world to spread awareness through music, what we sing can go a long way to heal the divide and pave a channel of understanding through our lyrical manifestations which is often listened beyond the scope of our imagination. Music is live, music is love, music is vital in every struggle, when we sing, we don’t just express our sentiments, but also use our musical influence as goodwill ambassadors to fight for change in this fast world of violence, crime, hatred, tribal and religious chauvinism.

Our music can and will bring a great contribution in fighting injustice, religious intolerance, women’s rights, the right to education, the right to freedoms as we all crave for a better world of tomorrow. Most artists should think about this as their influence in music should not just provide an enigmatic dancing groove but also use their influence in achieving greater moral foundation for understanding and peace the world over.

PROJECT SCOPE:
– Audio recording phase (beats and demo song)
-This is a two way recording project (both in English and in any vernacular language)
-Make demo with script available to all for personal practice and rehearsals
-Press release on project by Prince Noel Productions
-Live recording of the project in the studio with Saxophonist, guitarists, drummer, artists
-Video shoot/photography during live recording by HEFEMI STUDIOS
-Behind the scenes interviews and self-introduction of all crew members
-Video edited and ready for promotions on major social, TV, radio networks
-All audio visual works is licensed to Franco Records with full rights of owners

PS: THIS IS A NONCOMPENSATORY SOLIDARITY PROJECT!!!!!!!!!

AS AN ARTIST, MUSIC EXECUTIVE, MUSIC LOVER, WILL YOU BE PART OF THESE VOICES?

Thumbs up to Franco Records!!