The street video was aimed at demystifying Nabil as an artist and portraying him as an artist from the streets building his legacy by living his dreams. The video is a combination of show footages he has performed at across Europe with Naija stars including Davido and also includes DJ Eppz, DJ Cool, Bayo of Motherland.
Download “Confirm” from Soundcloud
#New Album#

Got this just in time for Music Thursday…Thanks Lollipop Records!! CAMEROON AWAKE Vol 1 is now available online and CD.

‘A  dedication to the Cameroonian sound…a journey from its origins, through its highlights, to the emergence of a youth that have awoken to receive the baton from the griots.’

When Paul Simon released the commercially successful single ‘Proof’ (with the arrangements of Vincent Nguini) in 1990, it was an attestation of the potency of Bikutsi, one of the prevailing genres of Cameroonian music.’ 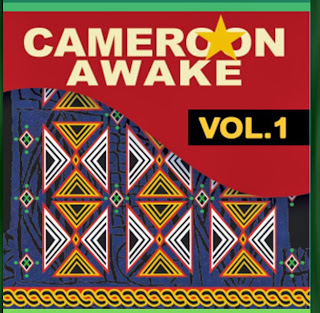 Makossa and Bikutsi have for long dominated the Cameroonian music scene, earning international recognition for many artists, and influencing other sub-genres that have endeared Cameroonian jazz and soul to millions. However, the cultural affability of Cameroonians led to fusions with many foreign genres (think Congolesse Soukouss or coupé-décalé from Cote d’Ivoire), spelling a somewhat dearth of a true Cameroonian sound from the late 90s.

In 2010, Shakira released ‘Waka Waka; an adaptation of a 1983 Cameroonian classic that has its roots in these venerated genres. At the same time, a wave of Cameroonian musicians from the Anglophone regions of Cameroon, to whom the world had been mostly oblivious, has awoken with a new afro-pop sound that is impossible to ignore.

CAMEROON AWAKE is a dedication to the Cameroonian sound, in all its beauty, simplicity and earnestness; a journey from its origins, through its highlights, to the emergence of a youth that have awoken to receive the baton from the griots.

Somehow, Cameroon has witnessed the creation of a lively musical scene that is rich in texture and variety, with a whirl of both traditional and urban offerings – and one that can no longer claim to be dominated by certain regions, peoples or languages.

Here are a few tracks from the album…