Introducing MT & R (Musings, Thoughts &Rants) features. The goal of these posts are  tohighlight hot topics,raise awareness on  issues and sometimes just my thoughts and rants on places,faces, spaces, trends, technology etc…In the spirit of…

After watching this documentary film and reading a recent article on Emmy Collins’ blog, I was curious about how much sensitization there is against bleaching!Then I came across an Ad on Bella Naija and shared the link on Facebook.

Research 101..lol
In as much as I am NOT a fan of bleaching but I admire the lady’s hustle (from business prowess stand point) (Click here for Feature)!I was “shot” for saying that. As sad and cliche as it sounds there is a market for these products because people buy them. This sparked up an insightful debate..The best way to spur discussion is through controversy (as per moi, i like palava..lol)..and I got more than expected because it was a hot debate..See FB post and Comments Here. A big Thank you to everyone who contributed in this discussion!

Morality? Right vs. Wrong
There seemed to be 2 or more camps. One one hand i was shot for “admiring” a hustle of someone who sold such products and saying “people need it”. “Skin Bleaching is  just wrong” and should not be supported. On the other, to everyone their own. It is part of the aesthetic look..“Why is bleaching a lesser evil than putting hair extensions”..lol. The debate start hot..

Aesthetics & Beauty Enhancement
Like I said it become hot..
“ Wow – are we really comparing the effects of using unprescribed hydroquinone and other corticosteriods on the skin” to weaves. “Wow..wearing wigs and using chemicals are now the same?“…On the other hand..Smokers know smoking kills and hair relaxers cause damage but people still use them. 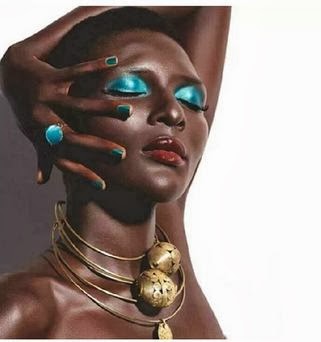 “which one is the lesser evil – skin bleaching, nail extensions, hair extensions, hair
relaxing, make up etc etc – these are beauty enhancers and in one way or the other have
adverse reactions to the natural and to the body – why all man di over condemn bleaching
while they sit there w monstrous wigs is my big question. all of these is our own way of
covering what we think is not perfect and enhancing what we want to be seen as beautiful
or perfect. i think the skin bleaching drama is overrated coz in as much as there are many
more thinks equally linked i believe there are many more thgs we need to focus on for a better world that be quick to be judgmental..”
It got very interesting to say the least! In the quest to look good everything is possible.

On the Religious angle..
“For the record I think bleaching is a sin, to tamper with God’s perfect innovation aka melanin and willfully endanger yourself and bring stress to loved ones…” gbam.

“By the way, who is talking about judging. hmm. If you don’t judge someone for bleaching their skin, you will judge them for relaxing their hair, wearing make up or something. The bible says we shouldn’t judge but humans are very judgmental people. Everyone judges. That’s the truth”

The Perception of Light skin in our society
There seems to be a perception that light skin is “better”. To me that is a whole lot of BS. In some African tribes, Light skinned women get high bride price..When I listened to the fair lady in the “Black or Fair” documentary talk about the “Advantages” of having light skin. I was like seriously? Sorry to say but I thought someone saying that a lady got a job because they were fairer than another person is just plain shallow..and a host of others!! I don’t know if the media helps this case. We need more #blackenicious models in ads and on TV! 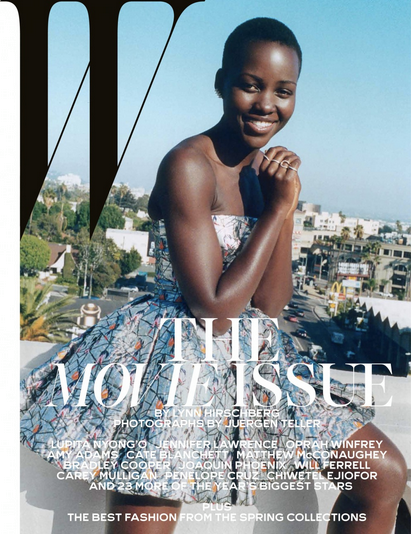 Why do People Bleach?
So I asked why do people bleach? To summarize: self esteem issues, mentality of superiority resulting from slavery, the quest to conform and enhance beauty, the perception of “fair” being better…

“Marj is right about self esteem but where did that come from. Think lighter skinned slaves in America enjoying privileges by working in the ‘big house.’ so light became ‘superior.’ Till today, lighter skinned people are still afforded such opps in America and the Caribbean. In fact some families even treat fairer kids better! so weti be we excuse for Africa? a colonial experience and an encounter with people who saw a market to milk. think of how black and white have been portrayed in the media for a long time and the pieces of the puzzle begin to assemble. so is it any wonder that some people fall for the ‘light is alright’ message? take away the artificial superiority of lightness or should i say uplift genuine diversity and we’ll solve this problem. people need to educate their children not to fall for these cons. oh! i must add ignorance too doesn’t help. i’m sure many would think twice if they understood the threat of substances such mercury, hydroquinone and steroids, which are often in bleaching creams“ 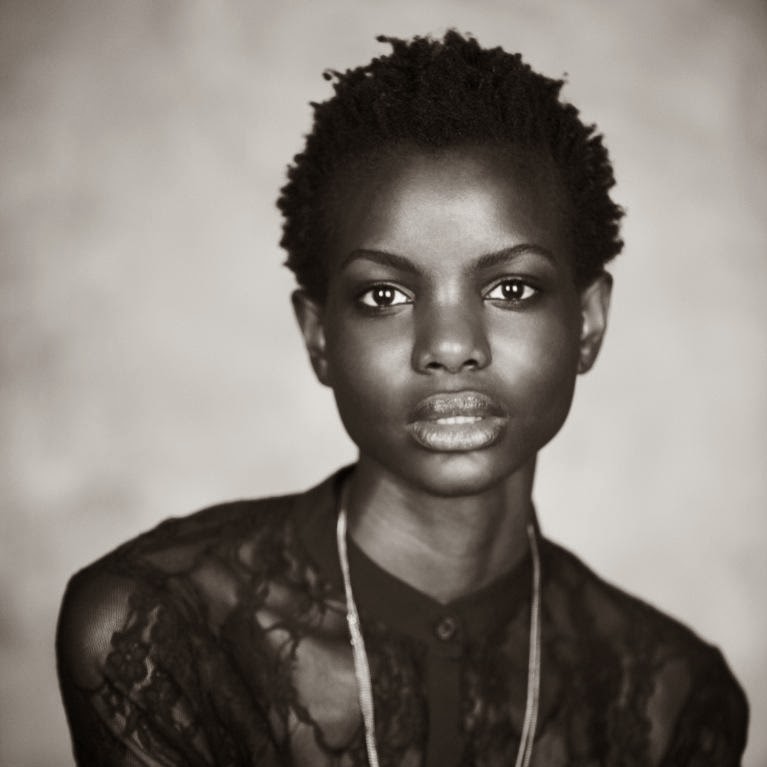 “The issue of this convo was not even about who bleaches and who doesnt and whether it is right or wrong. I believe the issue of this convo started from when comments about “admiring” the “hustle” of the Whitenicious creator were made. Now if we should to tackle the “root” of this matter as Ngums rightly said, how can we then encourage people to go ahead and create such “creams” because there is a “market” for it. It is better to take a stance and stick to it period. There is a market for Paedophilia and Child Pornography, I am sure we will not be “admiring” the “hustle” of those who engage in such activities for business gain or pleasure. Again to each their own”

“…Anyways, my comments are simply because i look at everything from a spiritual point of view. Forgetting about the actual root of this conversation which related to the “hustle” of selling creams, i think we should all focus on the reasons why people do things. Yes bleaching may be hurtful to the skin, but Yef asked a valid point, why do people bleach? I think I read somewhere that Micheal Jackson had a skin disease right? Unfortunately he was not confident enough that people would love him the way he was and knowing that image was most important in his line of work, he tried to turn white…” 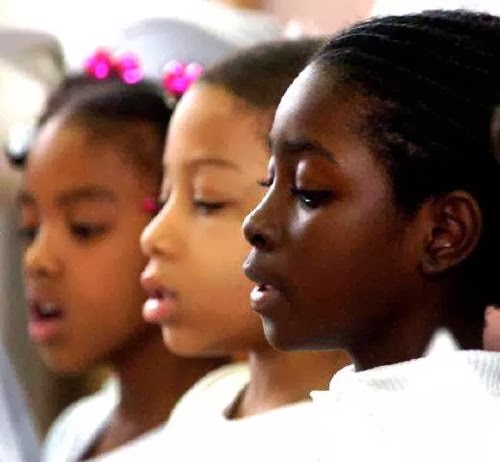 Picture and quote from Cherry Ambition

The sensitization against bleaching agents has to involve everyone. Women cannot go around thinking that men prefer women with lighter skin. Men bleach too.Same deal.But as per one of my friends..“Women bleach for Women”…to outdo each other as usual. hahaha

Bleaching is BAD for the Skin. Period to the nth factorial!

The main ingredient of skin lightening products is hydroquinone.

Risks of Skin Lighteners
One of the most significant risks of using some skin lighteners is the potential exposure to mercury. One study found that nearly 1 out of every 4 skin lighteners made in Asia and sold in the U.S. contained mercury.

There are other potential risks of skin lighteners. Those risks can include the following: 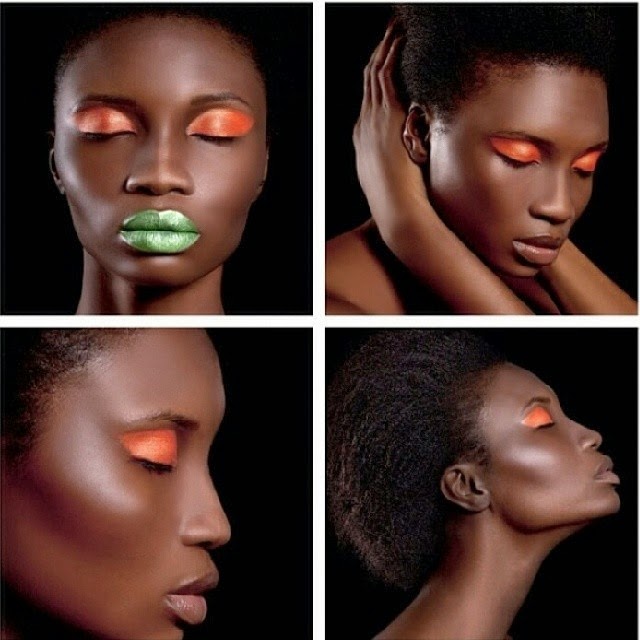 The Black or Fair Documentary by Penjo Entertainment


I applaud Penjo Entertainment and love the concept of the video! I hope there is a follow up . There is a need to emphasize on self esteem and loving yourself as you are.A panel discussion will be great!

I will conclude with childhood memory which my mum reminds me about often. When my younger sister who looks like my dad and is very fair was born, He and many others were ecstatic. I felt so bad that I asked my mum whom I look like..And she said “you look like me”..and told me how beautiful I was…I was just 5 years old. Grateful to my mum for what was probably one of  my first lessons in “Self Esteem” . These messages need to be reinforced to children on a constant basis. I have a lot of respect for parents raising kids these days in a more sophisticated world especially in the west.


Love Yourself. Black is Beautiful. #Blackenicious and proud. To Everyone their own!