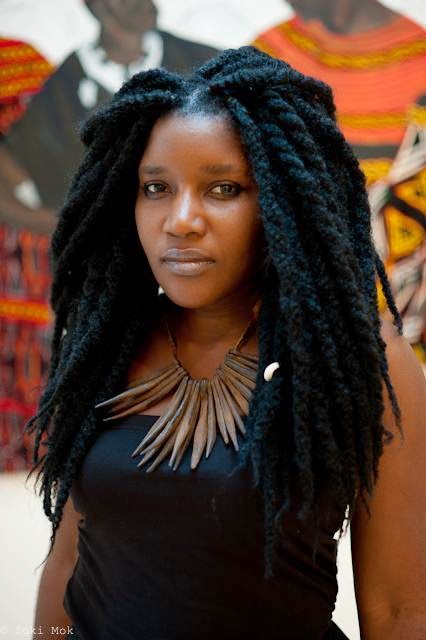 Shiri Achu’s art comes from everyday, unsurprising yet unexpectedly vivid moments, times, places and objects. She seeks to capture the spirit of her subjects and make them come alive through form, colour, texture and tone. She draws insight from her travels but in general her inspiration is very broad. From natural moments captured in Africa to still objects, the human form to the human in action; etc 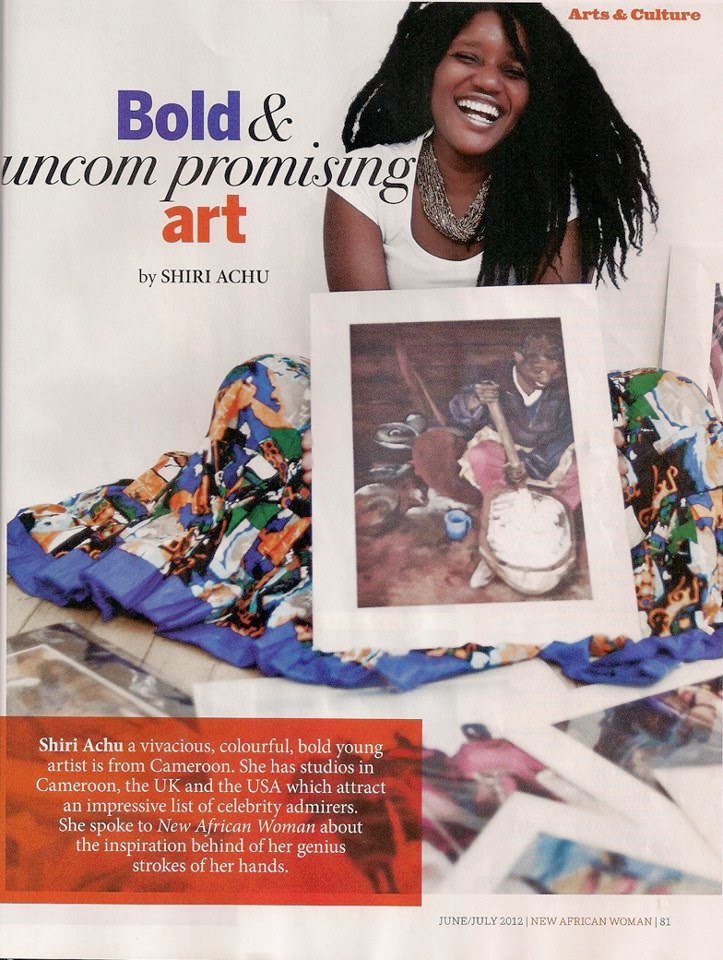 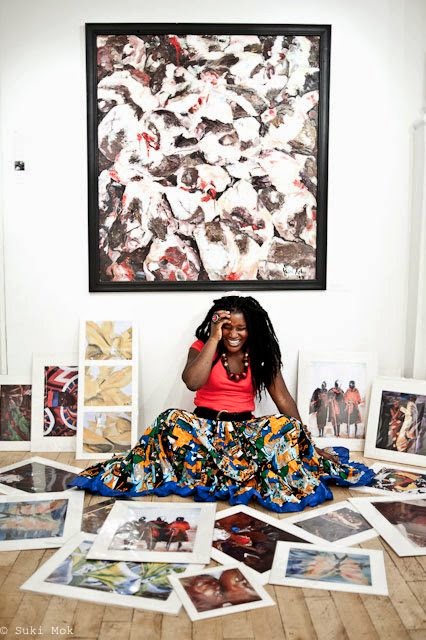 It’s been 5 years since Shiri Achu’s first solo exhibition held at St Augustine’s tower in Hackney. Since then she has been given the award of ‘The best Artist in Brent’ by the Brent Council, London and has been fortunate to have exhibited in various exciting places/events/ cities. These include; The Commonwealth Secretariat, The houses of Parliament and The Olympic African Village. Cities include; Adelaide, Lisbon, Barcelona, Amsterdam, Las Vegas and Chiang Mai to name a few. 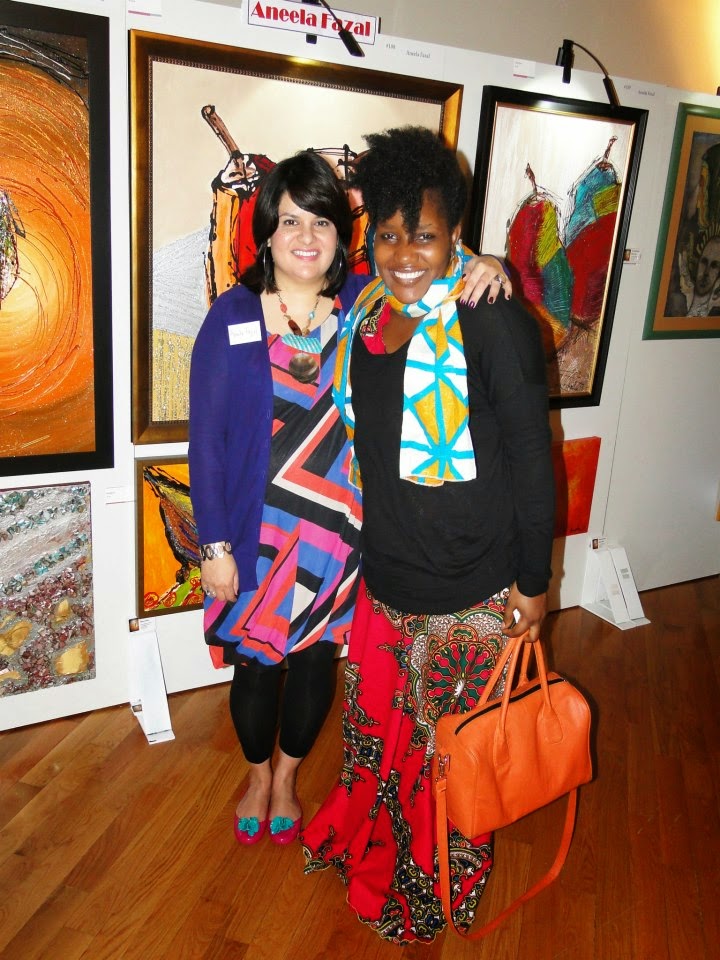 As well as exhibiting, Signed Limited Shiri Achu Art Prints can be bought at The Smithsonian Institution & The National museum of African Art in Washington DC USA and can also be purchased from Naprstek Museum of Asian, African and American Cultures in Prague.
Shiri Achu Art has also been featured in the book ‘’International Contemporary Masters VII’ (Published by World Wide Art Books) as well as in numerous magazines, blogs, TV shows such as BBC TV Show ‘Show me the Monet’ Series 2. 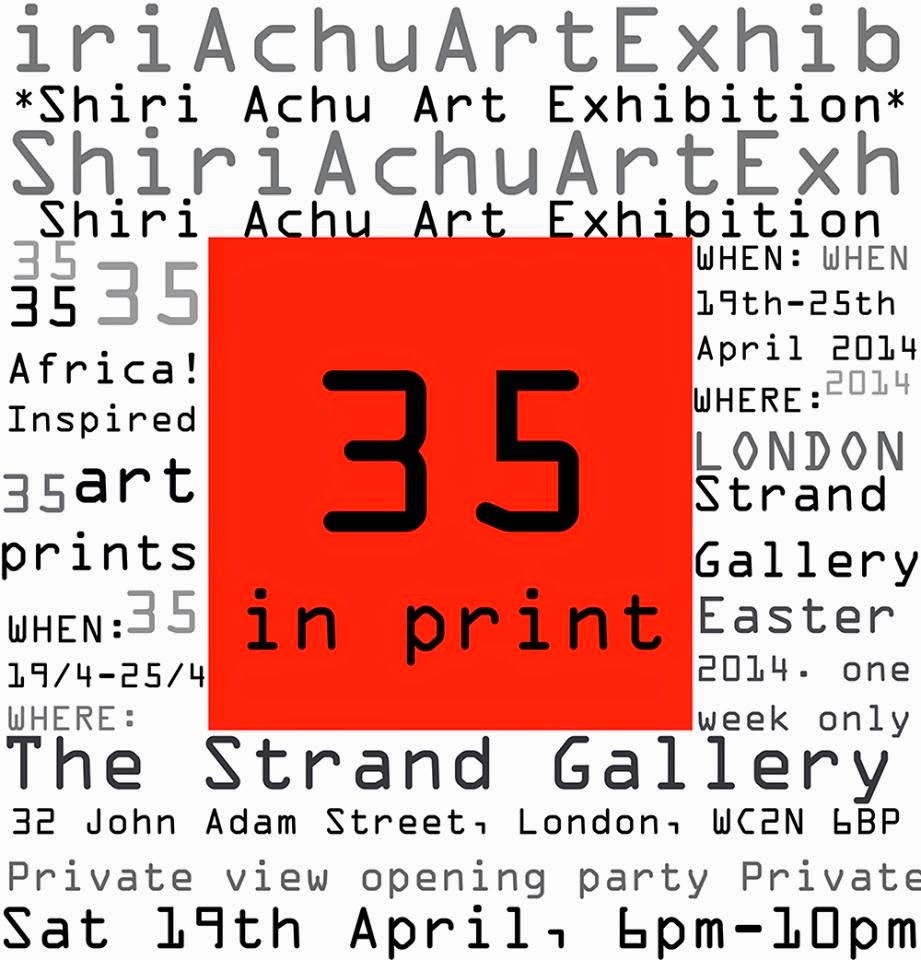 Today, Shiri Achu is excited to present to London, for one week only ‘35 In Print: London’. The exhibition will largely consist of 35 Framed Signed Limited Edition Shiri Achu Art Prints. You will be able to purchase these limited edition signed prints at very affordable prices!!
There will also be a raffle on the night.  Three lucky people will win signed limited edition framed prints worth £250 each.
£35 of every print sold and proceeds from the raffle will be used to fund an exciting project in Cameroon. Details will be revealed at the exhibition.
Live music from the fabulous singer Amaka. She will be travelling all the way from Germany to perform at the opening party.
Shiri Achu Art looks forward to welcoming you at 35InPrint: London.
For more information;
Email: shiri@shiriachuart.com
Twitter: @shiriachuart
Facebook: SHIRI ACHU ART 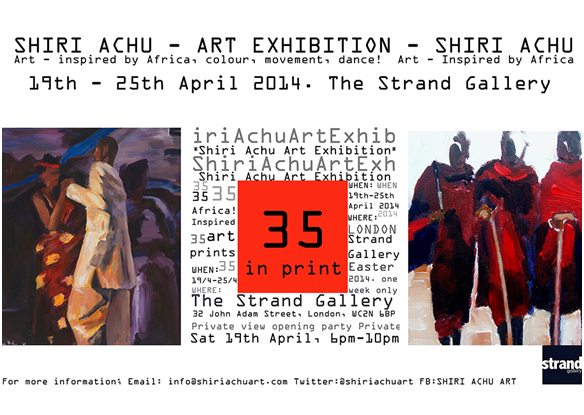 OK people..If you are in London you need to check his out and support a Camer sister. Have a nice weekend.