Camers are Repin’  around the globe and it is my pleasure to profile a young lady on a mission!!

Meet CAMpreneur, Madelle Kangha, the founder of Youths4Change, a movement which mentors and empowers youth of all abilities across Cameroon. Madelle is also the Co-Founder and President of Jumpstart Academy Africa, a social impact venture which cultivates leaders and entrepreneurs.
Madelle is a Frontier Markets Scout with the Monterey Institute of International Studies, an Ambassador of One Young World, an Affiliate of the Harambe Entrepreneur Alliance and a member of several global communities such as the Clinton Global Initiative University, Ashoka Changemakers and the Global Shapers Douala Hub of the World Economic Forum. 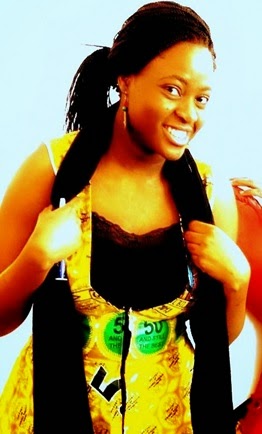 Tell us about yourself
I attended Our Lady of Lourdes College for both secondary and high school (2001-2008) where I served as House Captain and Assistant Senior Prefect respectively. The latter earned me a prize for “Prefect of the year” in my last year of high school.  Thus I guess I have always had a knack for leadership. I actually used to muse about becoming the first female president of Cameroon someday – and I still do by the way.
One of my most cherished moments from my Lourdes days was when I emerged as the best national female candidate at the Cameroonian GCE Examinations.  Subsequently, I won a place/scholarship as 1 of 2 Cameroonians and 94 other young people around the world to join the inaugural class at the African Leadership Academy (ALA) in South Africa and that is where I believe my leadership & entrepreneurial journey begun.
How did your journey continue after the African Leadership Academy?
After ALA, With my sights set on the very best of educational opportunities I obtained admission to the London School of Economics(LSE) and won a full scholarship awarded once every 3 years to 1 student from Sub-Saharan Africa. At LSE I studied a Dual degree in Law and Anthropology which has been invaluable given that interdisciplinary studies are much needed in today’s interconnected world. Upon graduating from LSE in 2012, I decided to start Youths4Change which opened a new chapter for me.

Where did the inspiration to start Youths4Change come from?
My inspiration for Youths4Change is best reflected by the quote: “Never doubt that a small group of thoughtful, committed citizens can change the world; indeed, it’s the only thing that ever has.” Magaret Mead
I believe in young people finding their voice through socio-economic empowerment and political participation.
And I firmly belief in the power of possibility.Nothing has ever fazed me even as a kid (my surname Kangha actually means “go getter” so I guess there’s a correlation). I always have a “can do” attitude even when the odds are against me and my parents & family always encourage and believe in me. 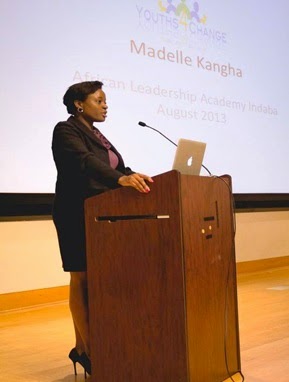 Tell us more about the vision & activities of Youths4Change
Youths4Change has grown into a movement which mentors and empowers youth of all abilities across Cameroon. Our mission is to cultivate the next generation of Cameroonian youth who are passionate and committed to creating lasting positive change.
Our flagship project – ENVISION is based on the premise that all youths deserve equal access to opportunities. ENVISION was launched to assist disabled youths in Cameroon to go to school and earn livelihoods. Our work has impacted over 250 disabled youth so far.

And your  latest venture Jumpstart Academy Africa?
Jumpstart Academy is a for impact venture which currently works across Cameroon and Nigeria with the goal of scaling out to the rest of the African continent. Our mission is to create a wave of entrepreneurial leaders by pioneering a world class Leadership and Entrepreneurship curriculum across institutions of learning.  Our vision is to cultivate ethical leaders and entrepreneurs across Africa.
Do you find that your age helps, hinders or doesn’t affect you being successful?
I believe being young is no excuse or barrier. In fact, being young is an advantage(that doesn’t mean it’s ever too late to pursue your dreams).
Now is the time to make mistakes and try new things and to dare greatly. This is probably the most creative point in your life, so now is your chance. The older you get, the harder it will be to not think about work, monthly payments, career and family.
The world is your oyster and the world is ready for you.
Make a mark. Make a stain. Make something.
Stand up and be counted and leave a legacy while you are at it!!!
What is next for Youths4Change?
Over the next year, we will be introducing exciting new initiatives that will bring us closer to our vision – to create a wind of positive change across Cameroon. So stay tuned!
Even more exciting is our campaign we just launched thanks to our partners at the World We Want Foundation – http://theworldwewantfoundation.org/projects/envision. Please be sure to support us and spread the word! 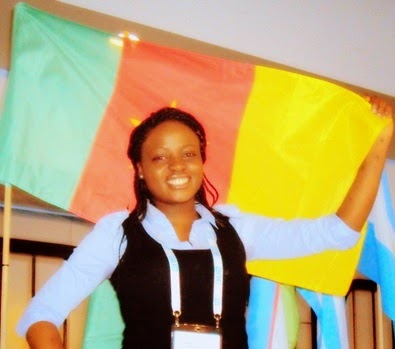 “Setting the sky as your limit is overrated – Set the sky as your base! For in doing so, you soar to new heights and define the boundaries of what is possible.” Madelle Kangha
Links for More information
Madelle’s Blog
http://madellekangha.blogspot.com/
Support Youths4Change
http://theworldwewantfoundation.org/projects/envision
Like us on Facebook
https://www.facebook.com/Youths4Change.org
Visit our website
http://www.youths4change.org/
Jumpstart Academy Africa
http://jsaafrica.org/
Jumpstart Academy Africa on Facebook
https://www.facebook.com/JumpstartAcademyAfrica
The world is your oyster and the world is ready for you. Make a mark. Make a stain. Make something. Stand up and be counted and leave a legacy while you are at it”

Thumbs up to Madelle. I am amazed at your passion, courage, dedication, energy and drive.Keep up the great work. Keep flying the Green-Red-Yellow flag high.
OK people..Let’s support the  Youth4change Envision project for disabled youth in Cameroon.