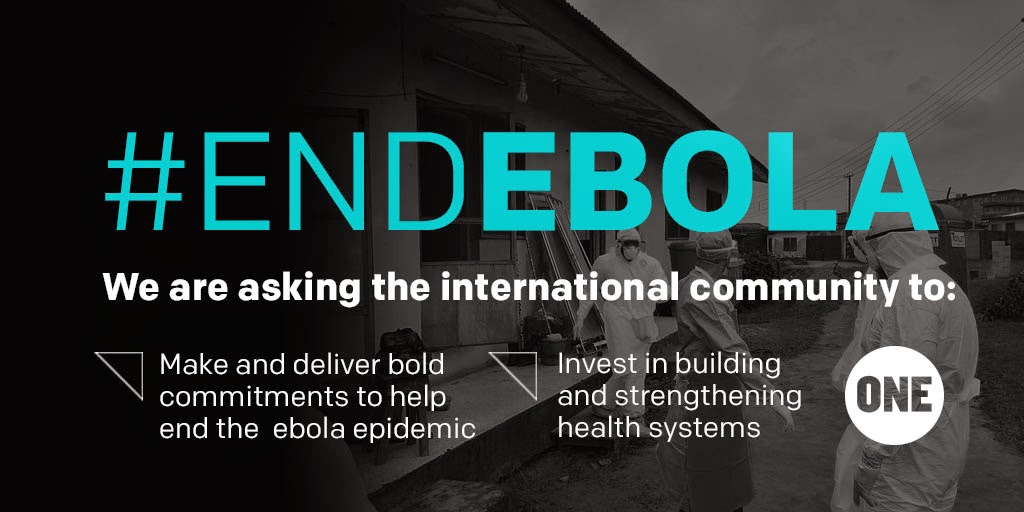 Hello People, Ebola is still killing people especially in a few countries in West Africa.  15 African artists have come together in a powerful video to demand action on Ebola.

The video, which is completely silent, highlights how the world waited too long to act, and over 5,000 lives were lost as a result.

15 African artists have come together in a powerful video to demand action on Ebola.
The ONE Campaign has brought together those African icons to pressure African leaders to do more– and quickly – to fight the Ebola epidemic in West Africa, and take action to strengthen national
health systems to prevent and contain future outbreaks. 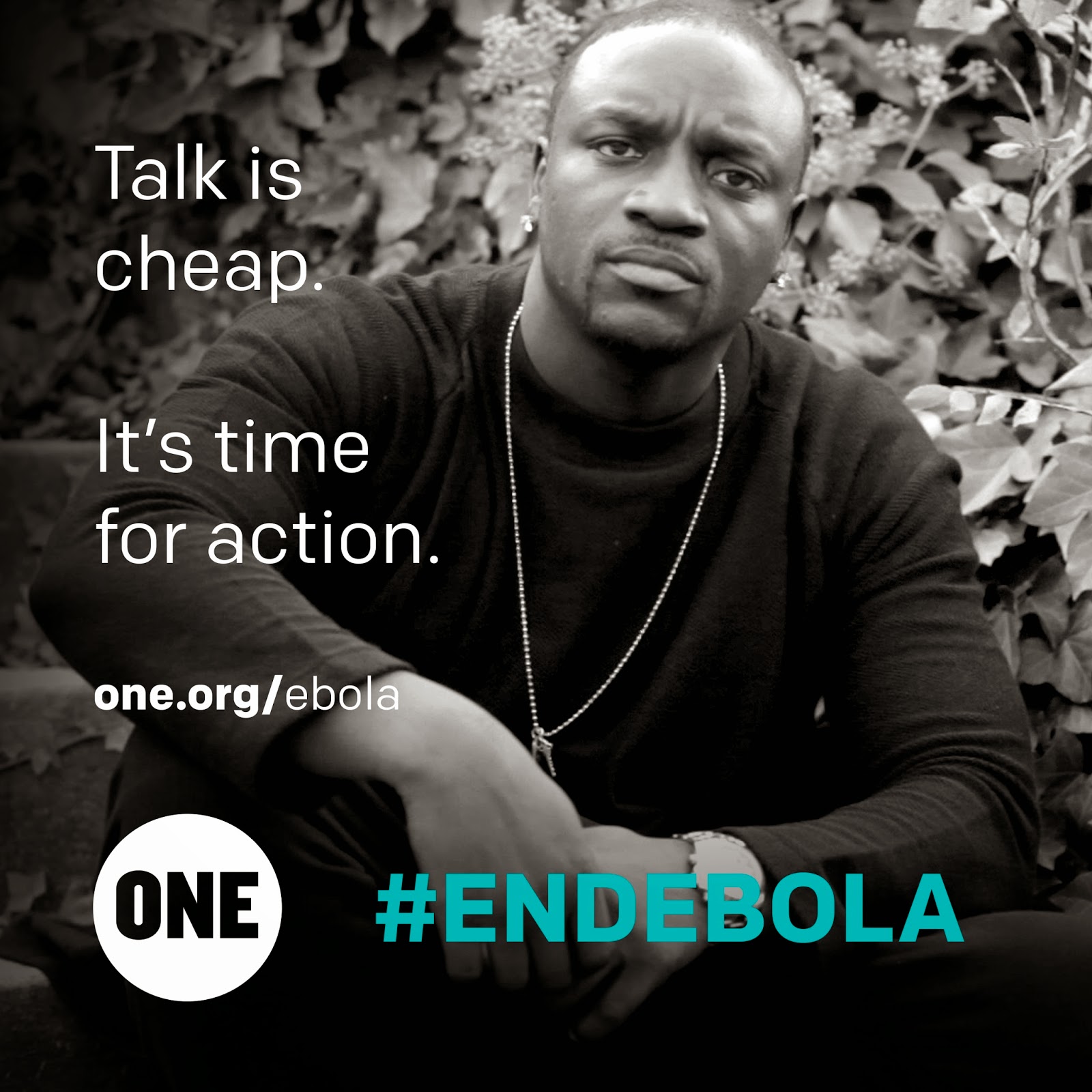 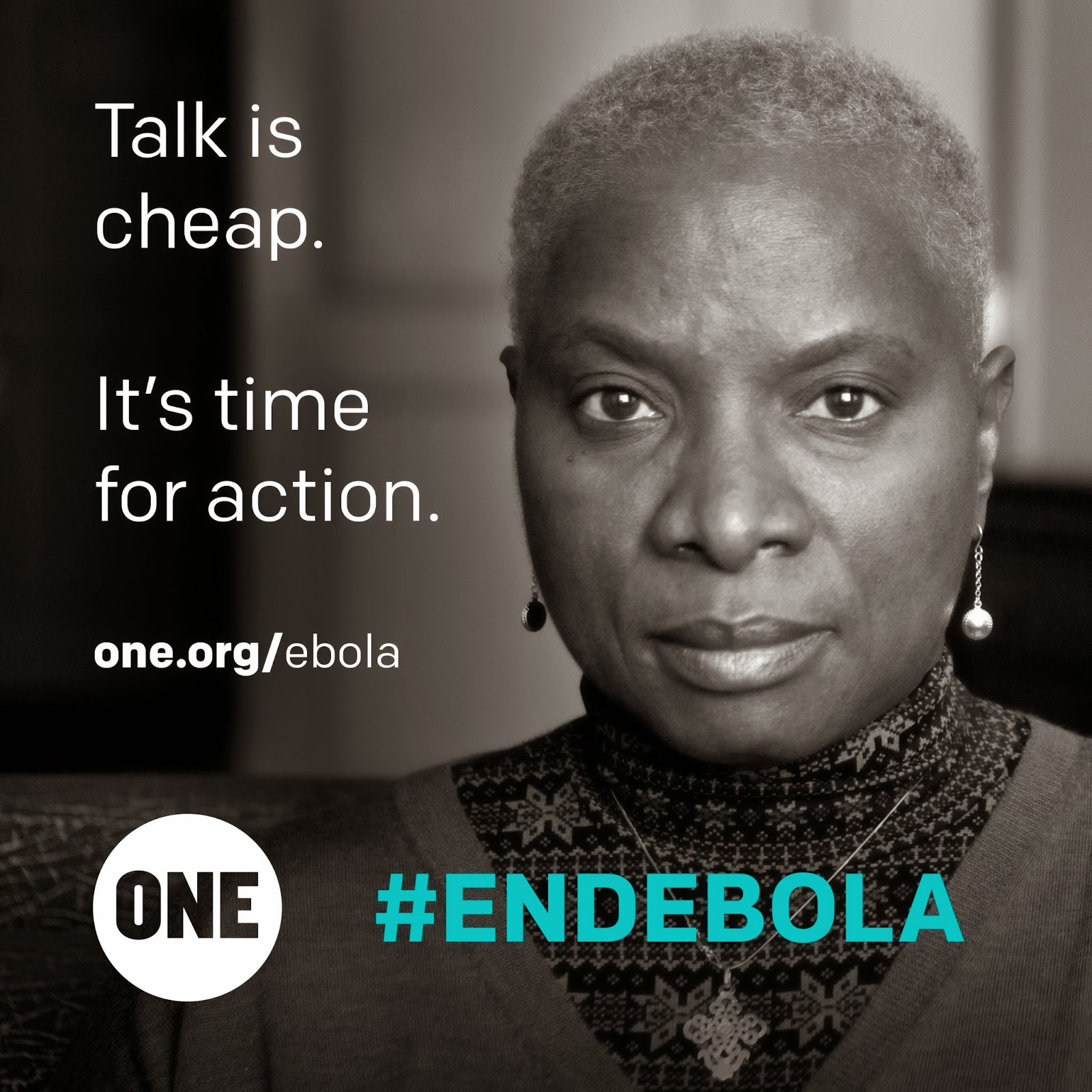 ONE’s campaign is focused on ensuring governments deliver their pledges and increase their response. The video, which is completely silent, highlights how the world waited too long to act, and over 5,000 lives were lost as a result. However, we cannot wait any longer for the delivery of commitments made if this fight against Ebola is to succeed. The video ends with a call to action for citizens to sign ONE’s petition. The petition asks world leaders to step up and provide more trained personnel, materials, financing and international coordination to help stop Ebola. We are calling on African citizens to add their voices by signing the ONE petition urging African and world leaders to do more. Dr Sipho Moyo, Executive Director of ONE Africa, said: “The world’s initial response to the Ebola outbreak was too slow, too uncoordinated and as a result too costly if you consider that over 5,000 lives were lost. We need to see an acceleration of coordinated efforts if we are to stop Ebola in its tracks. In the spirit of African solidarity, our leaders have stood with the people of Sierra Leone, Liberia and Guinea in their fight against Ebola. However, given the magnitude of the crisis, there is need to scale up the commitments both in cash and in kind; and in the long run the need to invest in strengthening of national health systems across most of our African countries cannot be overstated if we are to avoid similar outbreaks in the future.” 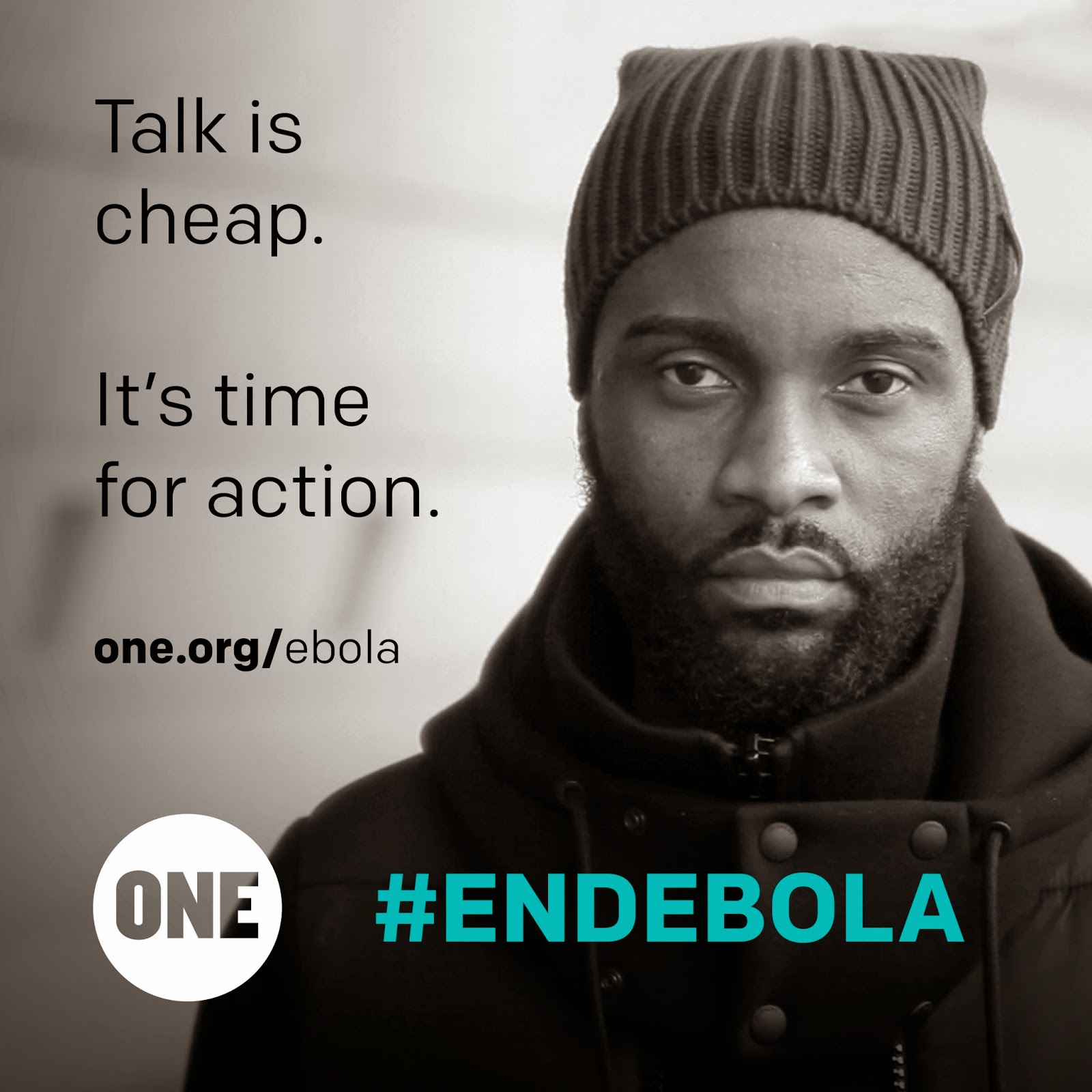 Congolese musician Fally Ipupa said: “We are waiting for African nations to heed the African Union call to step up and lead the way, effectively responding to this heartbreaking crisis. DRC stopped Ebola. Nigeria Stopped Ebola. The countries still affected need all African countries to do more to stop it there, starting with sending more healthcare workers to the affected countries. This is a humanitarian crisis that demands the attention of not only the entire continent, but the entire world.”

Dr Nkosazana Zuma , Chairperson of the African Union Commission, said: “African governments have made pledges and given support, with international donors making meaningful contributions. However, more needs to be done faster to contain the virus and to create sustainable systems to prevent the recurrence of such public health emergencies. Thus, while our first priority needs to be containing this Ebola outbreak, it is equally important that Africa and the world take bold steps now to invest in strengthening health systems so that future tragedies of this kind can be stopped in their tracks.” 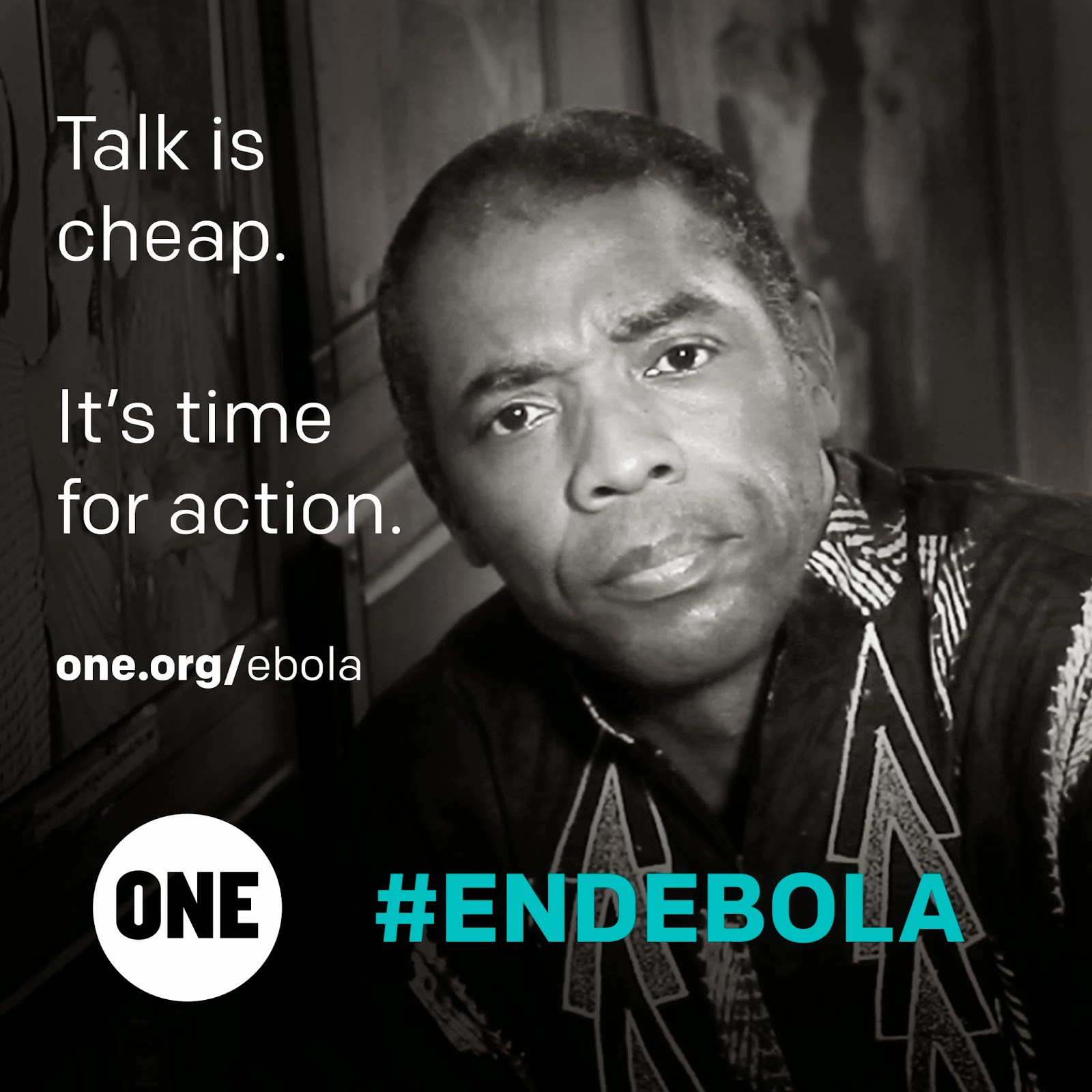 ONE is a campaigning and advocacy organization backed by more than 6 million people taking action to end extreme poverty and preventable disease, particularly in Africa. The organization raises public awareness and press political leaders to keep their promises to end extreme poverty by combating HIV/AIDS and other preventable diseases, increasing investments in agriculture and nutrition and demanding greater transparency in poverty fighting programs. ONE is not a grant-making organization and does not solicit nor receive funding from the public or receive government funding. 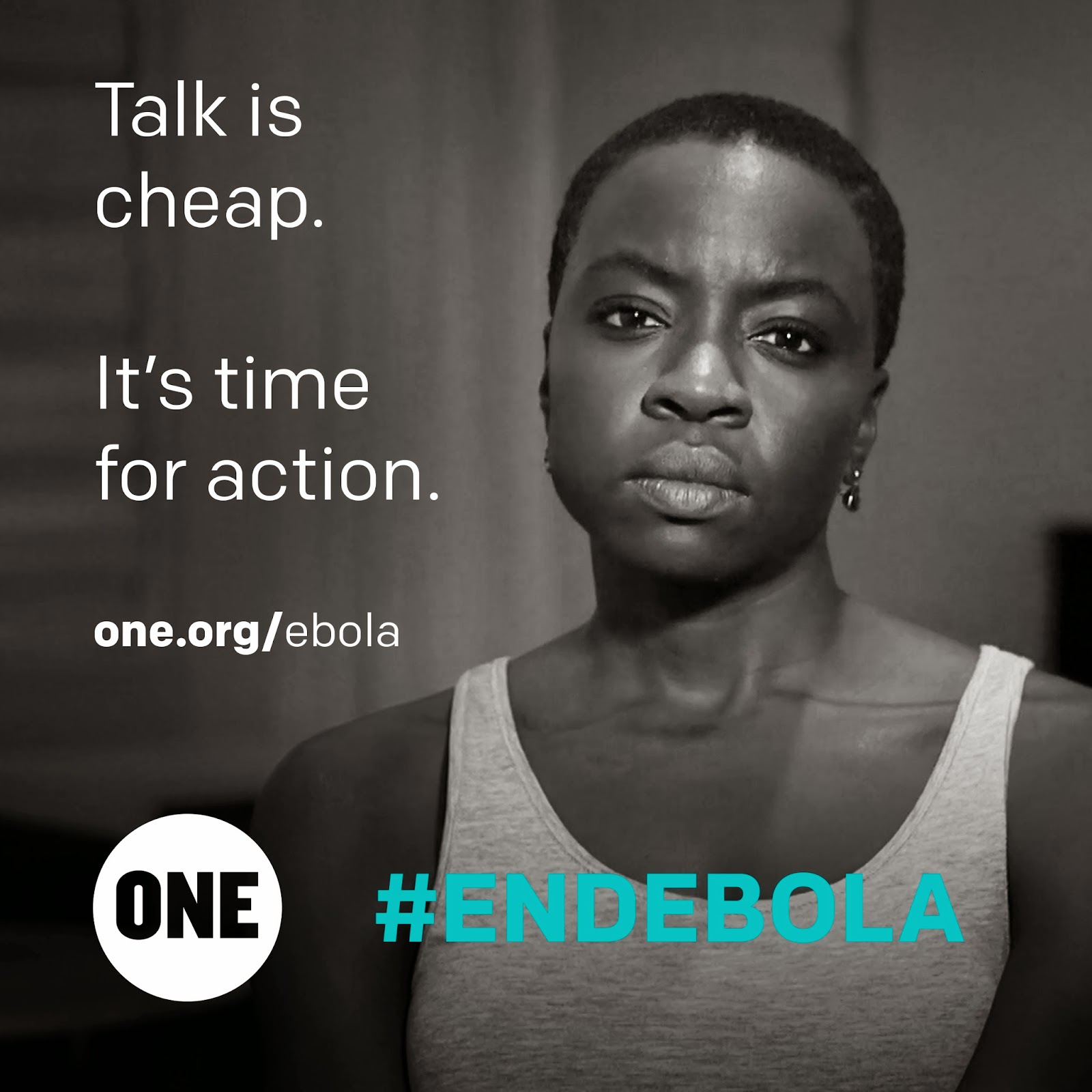 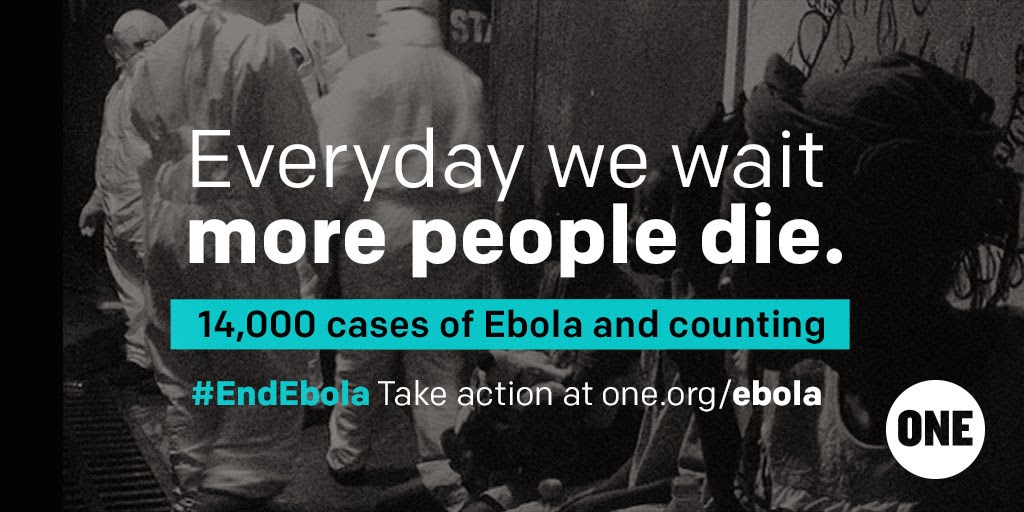 ONE is funded almost entirely by foundations, individual philanthropists and corporations. The organization achieves change through policy advocacy. Teams in Washington, D.C., New York, London, Johannesburg, Brussels, Berlin, and Paris educate citizens and lobby governments to shape policy solutions that save and improve millions of lives. To learn more, go to ONE.org.

Other Highlights on the Fight against Ebola