“IN THE MUSIC”: BANYE UP CLOSE AND PERSONAL (KAMER ENTERTAINMENT INSIGHT BY ABOKI) #STOPBOKOHARAM EDITION

Hello people..It’s another edition of “In The Music”. This a guest blogger edition. Aboki interviews  Da BansoBoy, Banye…The 411 of his music, career, insight on the Camer music industry…and wraps up with #StopBakaram

It’s a new year! *crowd screams* New handles, new faces, new resolutions (many of us wouldn’t keep) and a new interview from me[Aboki of Abokination]. 2014 was quite a year within the 237 ecosystem and I’m anxious to see what this year unveils. So far we’ve had many songs and an EP released (hmm I need to check the numbers(….. * remembers that this isn’t a review* 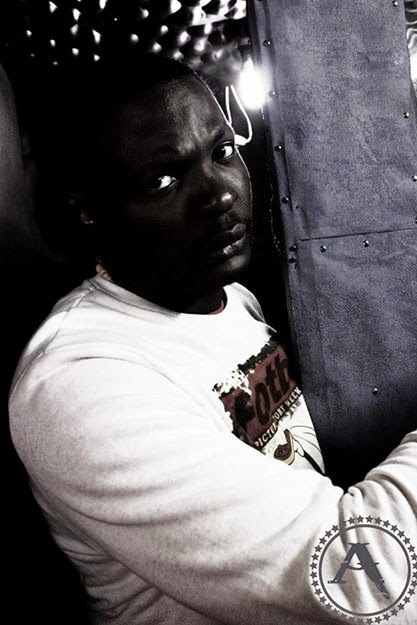 SWITCH!
Last week, I had the pleasure of interviewing Banye Augustine alias Banso Boy. It was more of a conversation and unlike a lot of my pieces, I raised my eye brows at some of the things he had to say. It is always quite refreshing seeing things through the eyes of others. We spoke about everything from music, his influences, Culture and Boko Haram. Just in case you don’t know who Banye is, He released the well-received track Chorkoh in 2012, Ova Sabi with Ngoma in 2013 and has been lurking ever since but it’s safe to say he is one of the most diverse rappers 237 has ever seen. He recently released a song called AMINA with Gee Reign. Banye is known for being vocal about his feelings and always puts up the ghetto attitude in all he does. So needless to say how excited I was when he accepted my request for an interview.
I hope you have fun reading this piece as I did having the conversation.
Aboki:
Thank you for granting this interview…
Banye:
My pleasure
Aboki:
You are well known within Cameroon’s ecosystem … but to those who don’t know you, can you please introduce yourself?
Banye:
I am Banye from Banso. Most people know me as “Bansoboy”. I am a rapper/producer/singer above all hustler. 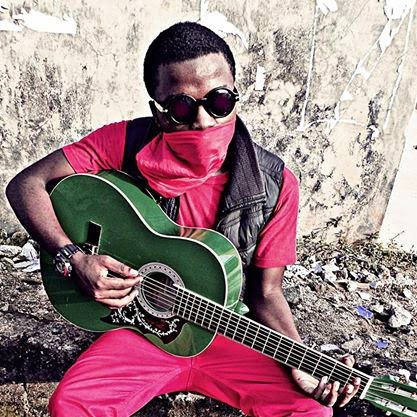 Hmm interesting take…. Have labels/people approached you with record deals?
Banye:
Many, but I’m not OK with the terms and conditions of the offers. Either way, “banana must ripe”. I have been proposed more than just record deals, but I still haven’t found on with a mutual vision and agreement.
Aboki:
Sounds fair. How important is the bridge between technology and culture in the Music Urban Sector with now?
Banye:
Every medication has its side effects. Cameroon is not yet very digital. The a good percentage of the population  still don’t understand how most of these things work. The positive thing is that the internet, has exposed some of our talent to the world easier. On the flip side, it has also affected some negatively for focusing only on the digital world and this is reflected in their music.
Aboki:
Do you believe the future is digital?
Banye:
It’s unavoidable what is not digital will depreciate heavily. Some of us are called to music to document track of that.  In the future for example, I will order  koki online but we have make sure there are still people  who are able to cook the koki as well as it was done  before online sales. I hope I’m not misunderstood here.
Aboki:
You definitely aren’t. The foundation should be laid properly and the quality of the music shouldn’t be compromised.
Banye:
Right!You got me. Not everybody is obliged to do so but we have to put at forefront those doing so because it is  inevitable.The next generation will more or less look to up us for cultural reference and this includes everything.. fashion, music, etc.
Aboki:
What should be expected from you in 2015?
Banye:
An album, videos and a mix tape. I’m announcing my entry as a professional musician so expect everything from me. My album is made specially for Cameroonian home based hip hop lovers and the mixtape is more international with even remixes of some popular songs, It will be a hectic.
Aboki:
Yes, it does sound exciting and hectic. On a totally different note, what are your thoughts on the Boko Haram situation and what can we do to raise awareness?
Banye:
There is a conflict only when two parties participate and fuel and finance both so let’s leave politics to the politician all i can say is, this is a campaign of fear. Fear is the best way to control humans.
Aboki:
My question isn’t what the politicians can do.. My question is what we as people/artist/ bloggers and influencers can do to raise awareness
Banye:
Nothing. What has awareness of other things done? The news alone does more than enough.I don’t want us to grow and live in fear of Boko Haram if you know what I mean.
Aboki:
No I don’t. The fact that others haven’t succeeded in raising a campaign that produced results doesn’t mean it shouldn’t be attempted
Banye:
Correct
Aboki:
Ignoring something doesn’t solve it. It simply makes people uneducated on how to react to certain situations.
Banye:
Correct again! I have nothing against artists who are involved in political causes and raising awareness and all that
I won’t do. Here is MY reason:
I know it’s politically motivated. I do not know all about it but i know its planned by those who don’t take the action. Those people will react depending on how we react. Our participation is what they seek. The more they’re known and people aware of them, the more influence and power they have.The day we meet, we shall deal with it. Until that day, let them go about their business as I do to mine.
Lastly, I do care if people are killed but i don’t care if they are killed for my attention. Let them find another method for my attention. If there is a solution, it’s clearly that which we are using now and have used before which is waging war and creating awareness.  (???) 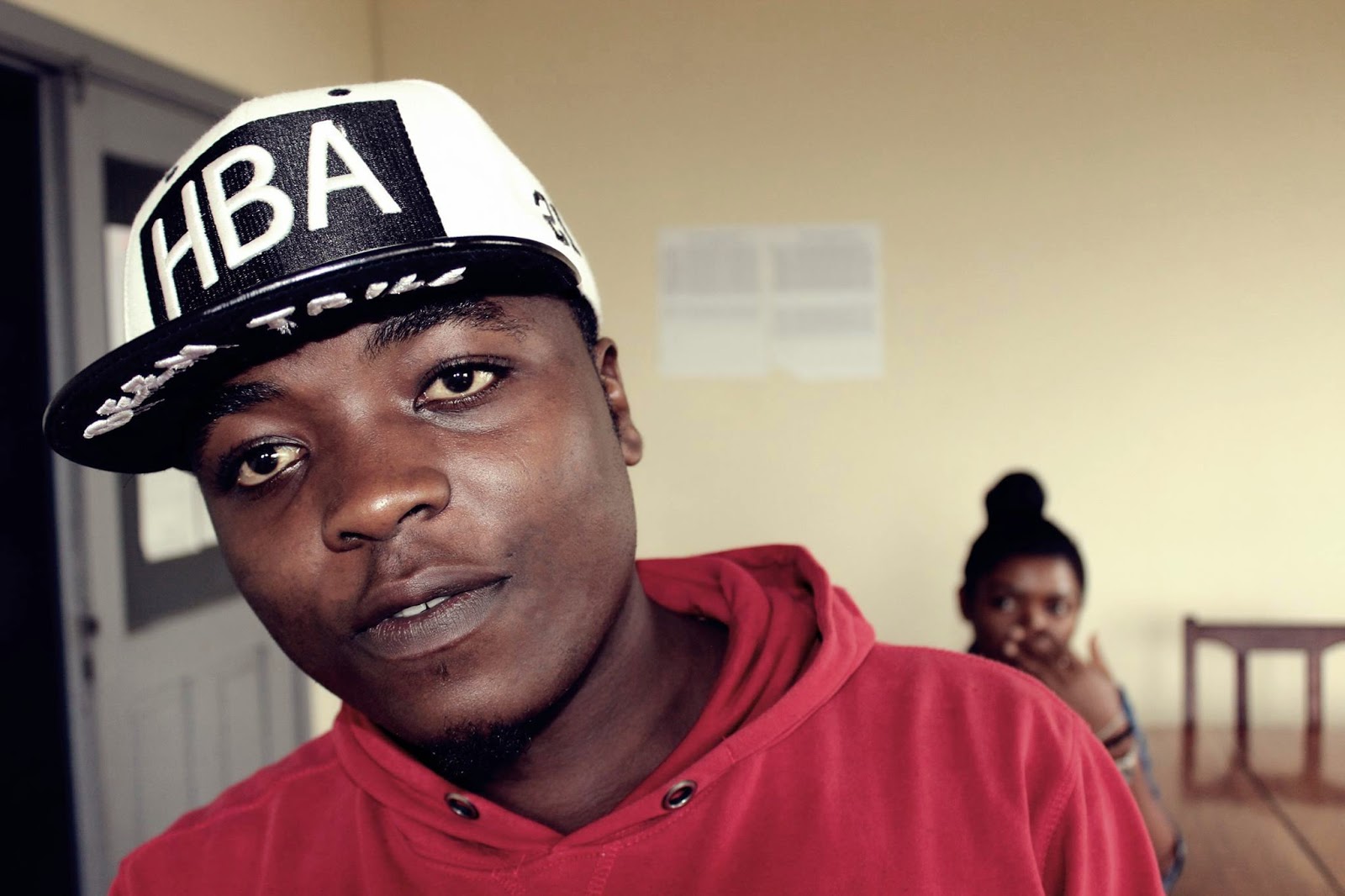 Aboki:
Being and artist doesn’t omit the fact that you are a citizen of the country and even more so as you represent the country through your music. So people tend to react to your words/ So you for example telling people to watch for x,y,z actions in the crowd or to keep away from certain areas, or to report suspicious activities to the police does good to your people who you constantly sing to and that is without any political attention or affiliation. I don’t agree with your decision but I understand what you mean and like you said its “YOURS”
Banye:
You see what you just described to me? It portrays people living in constant alert and fear. Thats not the world I want to live in. letting people know they would die anytime if they are not careful? we will disagree on that point.
Aboki:It doesn’t cancel the fact that its reality
Banye:
No it doesn’t
Aboki:
Don’t drive above 100 signs, Don’t swim in the ocean, Don’t cross the road without looking……All those are us being cautious and it’s the same thing i suggested but let’s agree to disagree.
Banye:
If we dwell on Boko Haram, we have more of it and if we dwell on the beautiful things in life, we have more. Don’t be surprised if Cameroon starts having rebels, in fact, they will have in the nearest future. Mark my words. We have accepted them, spread them, and made them influential. I’m going far, this a topic for some other time.
Aboki:
I agree, lets pick this up some other time …. Any advice or last words for everyone involved in the Entertainment Ecosystem?
Banye:
Yes,. they aren’t favors, just a play of interest. If money and girls are your motivation, you never sing or rap all that is in you so find some motivation above personal gratification and you’ll see the magic you are made of. Everyone can rap and sing like Michael Jackson did if you take the time to. I’m no big star, but i know if you set your heart to do anything and it’s all you want to do, you will do it. JAH bless!
Aboki:
Thank you for taking time to talk to me and I look forward to our follow up conversations
Banye:
My pleasure bro….
The Prelude…
*exhales* yes, that is exactly what I did after this conversation. We are human and tend to reason differently but I couldn’t find a way to come to terms with what Banye said (still can’t ). The Boko haram situation is getting out of hand and if we can think five steps ahead and see the implication of these maggots rotting our country, we will be in tears. I mean economically, not to mention the social depression attached to it. I get the point that there are attention seekers out there who do things, just to seek for our validation and putting said names out in the media only empowers them but this is different.. *exhales* 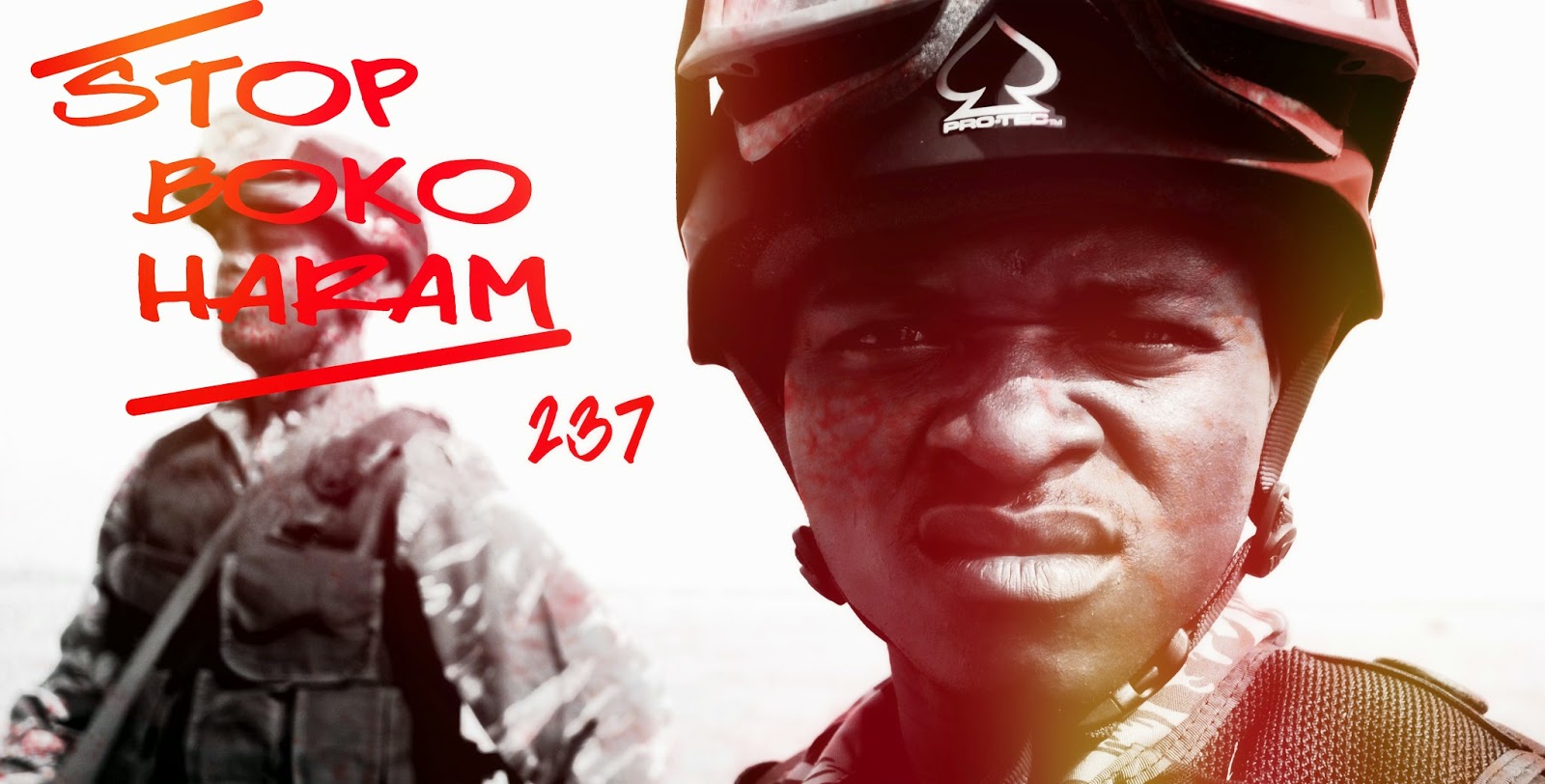 People are dying!! Like you dig? Women, Children, Men… people who usually have to suffer with what to eat or clothes to wear now have to worry about their lives too. It’s plain disgusting. Humanity is indeed vanishing. This is a problem… massa matta dey… and we nedi solve palaver by looking the other way. It eats up till you have no eyes to see. Imagine if people turn a blind eye to social problems in the name of not giving it power… Aids, Rape, Gang Violence, theft, reckless driving… I di vex *exhales*
I also realize the fact that a lot of our campaigns with no real strategy behind does little or no good. We have to think beyond me waking up in the morning and tweeting “BOKO HARAM IS FILTH”. That lets some steam out but it doesn’t prevent those moths from picking up their weapons and driving into another village. So real messages should be put behind this, sensitization of the public…. *exhales* and then.. *closes laptop*
It’s really hard for me to write this, its pierces my soul. Big ups to our army and all those putting their lives on the line to fight this evil. I was so happy when I read that a ton of those rebels were killed by Camer’s arm forces. Even though we are angry and we mourn, there is however no reason to be disrespectful to certain religions. I am not a Muslim but I have studied enough of it and have something called a brain to realize that ISLAM doesn’t condone such killings. (get the side bar where I called such people brainless?)  So don’t go pouring your frustration on families who are equally suffering the same ill fate.
I pray for peace and unity to return to Cameroon and its neighbors. Your word counts find a way to join the #StopBokoHaram Campaign.
Salam Ma Lekum
About Aboki:
Aboki is a  Writer / Music Rebel. You can follow me on the various media platforms
Twitter: https://twitter.com/abokination
Blog: http://dabreezenation.blogspot.com
Instagram: http://instagram.com/abokination/
Pinterest:https://www.pinterest.com/abokination/
Abokination on Facebook here
OK these guys totally had fun doing this interview..I honestly LoL when I read some parts of it. Looking forward to more from Da Banso Boy, Banye.
Be sure to check out updates and follow Banye  Facebook here, Soundcloud here
Twitter/Instagram @banyebansoboy

Thumbs to fellow music rebel Aboki & Banye for featuring on EP2 of “In the Music”. The Camer Music scene is definitely going to be an interesting one this year. I like what I see so far. Stay tuned!