Smirnoff® Ice brings the Jungle to Douala.
Jungle in the city,  April 30 , 2015: Smirnoff brings the Jungle at First-T. Organized by Smirnoff.  This party is an episode of a series. Get ready for the live reports from different Cities of Cameroon as Smirnoff brand lovers show their “crazy” size. 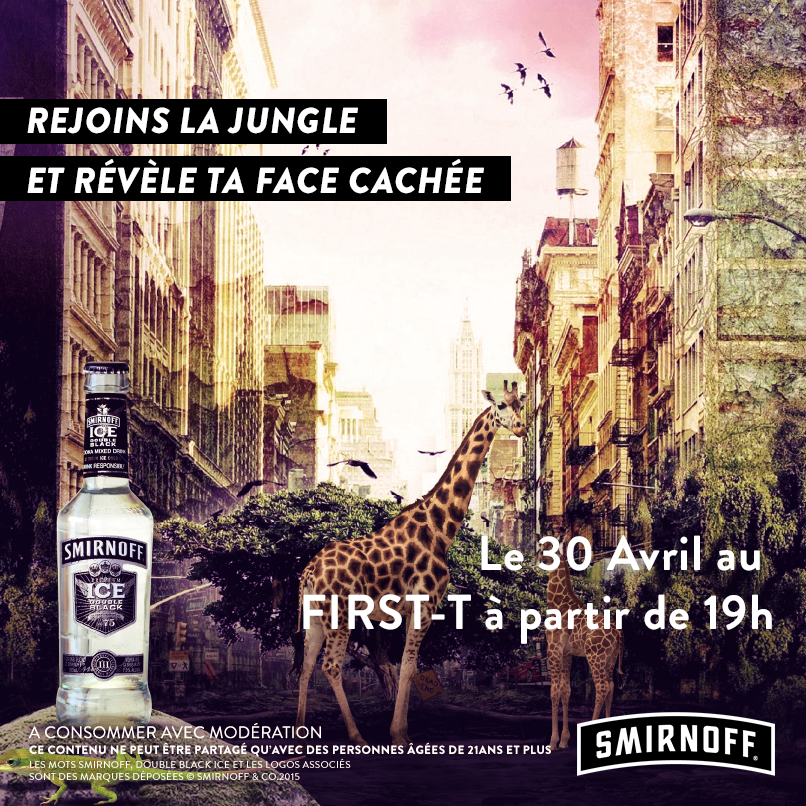 We observe that the younger generation in Cameroon want to be different from their  parents. They take risks,  discuss politics and engage themselves in meaningful actions. They want to be heard, respected for what they stand for. They want to take the best of both worlds (Local & Global). For them, boldness as demonstrated above is the confidence to go outside the norm. With Smirnoff Ice, they choose to demonstrate and affirm this boldness, this choice to do different.
Smirnoff is working around the world to create moments of sharing and conviviality with friends. In Cameroon, it is represented through its variants Smirnoff® Red Vodka, Smirnoff® Black Vodka, Smirnoff® Red Ice and Ice
Double Black Smirnoff®. Since September 2014, the Smirnoff® Ice Double Black variant launched a new communication platform “Double Side”. This campaign aims to celebrate the consumers who have the boldness. It recognizes that each of us has in it several personality traits and the expression of these different personalities transform every moment in unique and unforgettable moment. Experience these unique moments on 30th April at “First-T”.
Dress Code: Green.

We promote responsible consumption of alcohol and reserve our communications and events to people aged 21 and over. Discover our responsible drinking initiatives at www.drink.iq.com

If you are in Douala, check out Smirnoff’s “Jungle” Green themed party tomorrow night at First T.
Y.M.
IRepCamer