Hello people…It’s a Special Music Thursday dedicated to #StrongGirls around the world!! 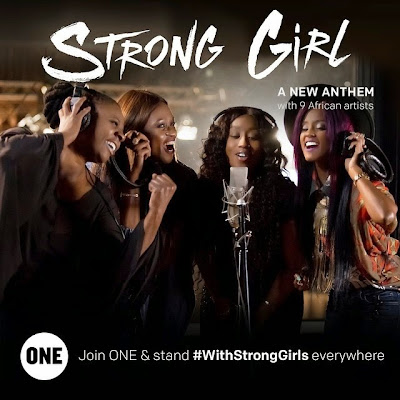 An outstanding line-up of top women musicians from across Africa have joined forces with ONE to create a brand new song called Strong Girl, a rally cry to empower girls and women everywhere. Nine artists from seven African countries came together in South Africa earlier this month to write and record the track. They were joined by Nollywood superstar actress and activist Omotola Jalade Ekeinde, who stars in the Strong Girl video. The women are calling for action because poverty is sexist, and we won’t end it unless world leaders act now to help girls and women reach their full potential.

The track is the theme song for One’s “Power is Sexist” campaign launched on International Women’s Day this year. 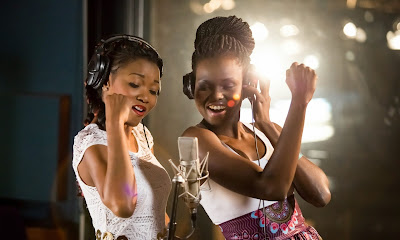 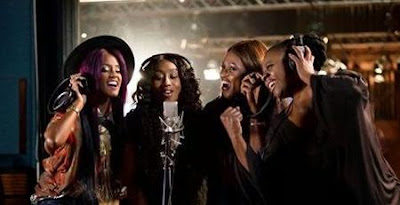 “I am fortunate to be a young woman living her dreams, a trailblazer of my generation. But I also recognize that many women and girls are not so fortunate; women and girls are disproportionately affected by the injustice of poverty and inequality. But when we invest in women and girls, we increase and accelerate the chances of overcoming extreme poverty.” Omotola Jalade Ekeinde 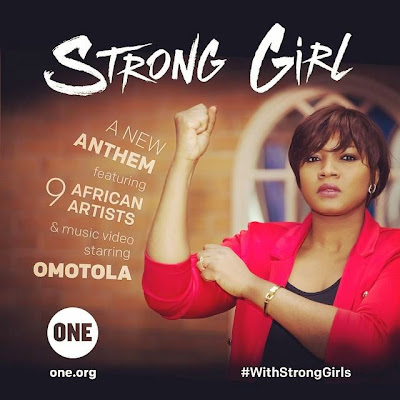 “This year, new Global Goals to end poverty will be set by world leaders. To be truly transformative, the goals must focus on the countries and the people that are worst off, and that includes girls and women. Evidence shows that investing in girls and women helps their families, communities and whole economies too” Bono, lead singer of U2 and ONE’s co-founder 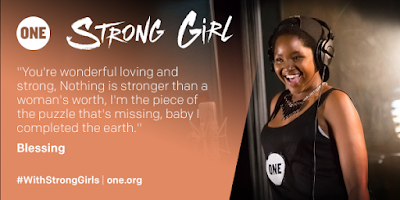 “We must seize this opportunity to refocus the development agenda, and unleash the human, social, political and economic potential of women everywhere. Investments in health, education and economic empowerment can help remove the barriers that prevent so many girls and women from leading healthy and productive lives. Giving women the power and tools they need to improve their lives and take hold of equal opportunities means they can become catalysts to help end poverty.” Dr Sipho Moyo, ONE’s Africa Executive Director 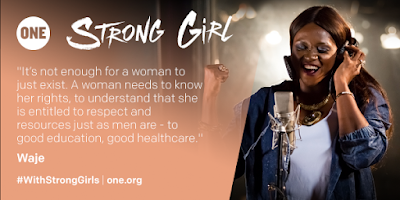 On International Women’s Day, ONE published a policy report that revealed the scale of the gender gap in the world’s poorest countries, and how unlocking the potential of girls and women could transform lives.

ONE’s call to action is already backed by more 36 of the world’s most powerful women, including Beyonce, Meryl Streep, Lady Gaga, Angelique Kidjo and other leading women from the worlds of business, arts, politics and activism. They have written an open letter to Germany’s Chancellor Angela Merkel and African Union Commission Chair Nkosazana Dlamini-Zuma, who both host crucial summits in the coming months that should set us on a path to agreeing Global Goals that put women’s empowerment at their heart. ONE is a member of action/2015, a global citizens’ movement calling for pivotal change in 2015.

About ONE
ONE is a campaigning and advocacy organization of more than 6 million people taking action to end extreme poverty and preventable disease, particularly in Africa. Not politically partisan, we raise public awareness and press political leaders to combat AIDS and preventable diseases, increase investments in agriculture and nutrition, and demand greater transparency in poverty-fighting programs. To learn more, go to ONE.org.

Sign the  “Power is Sexist” petition…Together we can empower young girls and women. #StrongGirl..