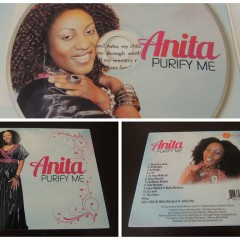 Hello people. Today’s #WCW is Gospel Artist & Sensation, Anita Etta. Artist Name: Anita Label: Atina Music Inc Music Genre:Contemporary Christian, African gospel, Christian jazz Album Title:Purify Me Website: www.anitaetta.com Also see website for performance dates. Purchase Albums at: http://anitaetta.com/?post_type=product Bio Anita has emerged as one of the most prominent and widely recognized voices in the Cameroon Gospel music scene today. She is known and respected for her uncompromising style of ministry through her songs, her writings, her live messages and her prayer and counseling ministry. With a voice that has been described as “anointed”, “dulcet tones”, Anita continues to work tirelessly to elevate the standard of Cameroon Gospel Music by mentoring new gospel artists and fostering collaboration and love among music ministers. She is a recording artist who does more Kingdom work off the stage and behind the camera’s in response to the needs of the church in a world where so many are in dire need of true ministry from the Holy Ghost.  Born in Cameroon, Anita went to Saker Baptist College, an all girls’ boarding school where a Christian education was of the utmost importance. Her first vocal influence was her mom. During her years at Saker, music and daily devotions were an integral part of boarding school life. At home, her parents were strong pastoral influences who laid the foundation for a personal relationship with Christ. Anita’s musical foundation was elevated to new heights in Walsall, England when she sang alto with Re:mission, one of England’s best gospel choirs. With Re:Mission, she took part in the BBC’s “Songs of Praise”. Re:Missionboasts 4 albums with a number of nominations and awards for Best British Gospel Music. With Re:mission, she has shared the stage with gospel greats such as The Winans, Donny McClurkin, Graham Kendrick and Fred Hammond.   Anita is a wife and mother of two. In 2006, she was part of the South Hills, CA Church Choir that recorded the album ‘Madly”. Through the music she writes, she ministers to the broken hearted and brings healing from the pain of suffering. As a prayer warrior she engages in intercessory prayer and counseling thereby bringing deliverance to many wounded and bound souls. She believes that her anointing is in transforming lives through ministry to the whole person- spirit, body and soul- hence achieving the harmony that... 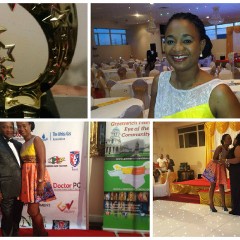 Hello people..New Month..The first post of August 2015 features a lady whose work I have admired and continue to follow. Cameroonian Filmmaker Goretti received an Award in recognition for her work by the UK Cameroon Film and Movie Academy   London, UK – August 1, 2015 – UK-based Cameroonian filmmaker Goretti received the STAR award from the UK/Cameroon Film and Movie Academy last Friday the 31st of July at the maiden prestigious recognition awards ceremony organized by the latter in Edmonton, London. The UK Cameroon Film and Movie Academy is an initiative of Ms Gladys Tantoh, a Cameroonian entrepreneur who together with a group of Cameroonians passionate about Film making, came together to create an organization whose main goal is to promote young Cameroonian filmmakers.   “What a surprise and honour for my work to be recognized by the UK Cameroonian community” said Ms Goretti. The Academy promises to work closely with Ms Goretti as she promotes her new film ‘WOMAN.’ Woman which was shot on location in Cameroon with purely Cameroonian cast is planned for release in the early part of next year. “This is the best motivation for me to forge ahead. Like I always say, we won’t stop until you notice.” The academy is planning a series of professional training workshops for stakeholders in the Cameroonian film industry. These workshops will be open to all and will range from actors to crew members. The UK Cameroon Film and Movie Academy hopes that this award ceremony will create awareness of its existence and encourage Cameroonian Filmmakers to collaborate and nurture their talent.     Thumbs up Goretti. Keep flying the 237 Flag high. Looking forward to more updates. Y.M.... 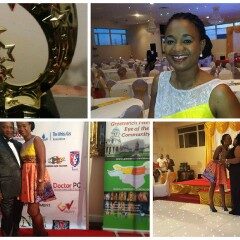 Hello people..New Month..The first post of August 2015 features a lady whose work I have admired and continue to follow. Cameroonian Filmmaker Goretti received an Award in recognition for her work by the UK Cameroon Film and Movie Academy   London, UK – August 1, 2015 – UK-based Cameroonian filmmaker Goretti received the STAR award from the UK/Cameroon Film and Movie Academy last Friday the 31st of July at the maiden...

Hello people…One of ours was recently named as one of the 2015 MILEAD…Why is this a big deal?  First of… It is about Women so I’ll shout it loud ’cause the more women leaders we have the better off our darling country & continent will be..And this young lady who is an aspiring educator, a  blogger, social entrepreneur, Chevening scholar and prolific writer among many other things finally got...

Hello people..This is EP 2 of Camer Stem Ladies.. Check out Part 1 here..Hopefully this series will inspire more women and girls to join STEM fields and programs. STEM stands for Science, Technology, Engineering & Maths. Dr. Nkem Khumbah, Executive Curator of the Next Einstein Forum shares his perspective on the current state of STEM in Africa, challenges and opportunities and the need for a global forum for science in Africa and...

Hello People. Happy Women’s Day. I got inspired to do this series because of International Women’s Day. The Theme for this year is #MakeITHappen. Is anyone like me tired of being the only Black/African girl in the room? I am in very male dominated profession and industry and it gets works the more years of experience you have. To start reversing this trend, more girls need to be encouraged to join STEM fields and programs....

Happy Women’s Day!! Women are a force to reckon with and this post is dedicated to women on this #IWD2015..Celebrating Women Who #MakeITHappen. My +237 Women on the www in review and more..I love this quote by a lady who is an inspiration and who will #MakeItHappen any where.  “At a fundamental level, nearly ALL women are natural entrepreneurs – they capitalize on daily opportunities, anticipate and respond to...

Hello people..Hope everyone is doing great in their various parts of the world.It’s International Women’s day and this year’s theme is #MakeITHappen. Women are a force to reckon with and are making happen around the world but there seems to be a continuous reminder (for lack of a better word) of what a women should or should not be doing.  Society, please cut women some slack! I think regardless of what...

Today is the last day of the Orange Campaign. SAY NO UNiTE #End Violence Against Women Previous PostsPreludeDay #1Day #9There is no better way to end this Orange Campaign than Rocking an orange pencil skirt to work today  + 2 of my Fav Musings & Rant Bloggers + My Fav Htown Blogger +  My Punjabi effect ladies on different continents + Picture Collage. Yours Truly this morning..lol Monique Kwachou, blogs about her...

Hello people..It’s inspired 411 again. Atlanta based founder, CEO & president of W.I.L.D.E, Linda Arrey & 40 Girls and some shoes, Executive Director, Sylvie Webb, were on the hot seat on The Samy Priso Show. Their communities activities brought them together and the rest is history.. W.I.L.D.E (Women in Leadership, Development and Empowerment)Women in Leadership Development and Empowerment, Inc. (WILDE) is a membership...

Hello people. By now you should know that I support and will promote anything that empowers women, advocates for Women rights.Any night any day..Being in a male dominated profession, I understand too well what it is like to be a woman in a man’s world. . In today’s “modern” world, people need to understand  that things are changing. Women need to be empowered, educated and become less dependent and be...